Sharing is the key to solving the problems that confront humanity today. Only through sharing can economic justice be achieved. Failing that, lingering injustice will feed divisions, tensions, possibly even war. But what exactly do we mean by economic justice? What are the concrete principles that should govern the sharing of resources?

One possible way of envisioning economic justice is through the implementation of what may be called the ‘principle of fair compensation’ . It corresponds to the idea that, within the great collective economic endeavour, everyone should receive a share commensurate to their contribution to the whole. This principle is inscribed in the French Declaration of the Rights of Man and of the Citizen of 1789, which states in its first article that “social distinctions can be founded only on the common good”. It is the very opposite of exploitation, which corresponds to a situation where some get less than what they contribute, because others in position of power unduly appropriate the fruits of their efforts.

Even though there is nowadays a wide consensus about the desirability of this principle, there is nevertheless disagreement over its concrete meaning. More precisely, the question is by which standard should one’s individual contribution be measured.

The dominant view, especially among economists, is that what matters is one’s productivity, i.e. one’s ability to create economic value. From that perspective, it is fair that a visionary business entrepreneur receives more than, say, a sales clerk, since the former contributes more to GDP than the latter. Because economic valuations are mainly driven by market forces in the current system, this vision tends to be conservative: it will consider as fair any inequality stemming from open competition on free markets.

One could however argue that market values are distorted, in the sense that they do not faithfully reflect the social usefulness of activities. Interestingly, the lock-downs in the wake of the Covid-19 pandemic have highlighted the reality that some jobs (for example in the food and care sectors) are of vital importance, despite being of relatively low value from a narrow economic point of view, since they are poorly rewarded. Consequently, another interpretation of the principle of fair compensation is that one should receive according to one’s social usefulness, i.e. according to one’s ability to create use value, rather than market value.

But even that latter view can be criticized on the grounds that some are born more talented than others, and that rewarding talent is unfair, since it is not the result of one’s individual actions and decisions. A very gifted person will be able to contribute more to the common good than an average person, but does that justify a difference in income, if both have worked as hard over the course of their life? Hence, the third and most egalitarian interpretation of the principle of fair compensation is that resources should be distributed according to effort, the latter being defined as the personal sacrifice or inconvenience incurred in performing one’s economic duties. [1]

Despite their important differences, these three variants of the principle of fair compensation all provide a criterion for determining how just is a given economic system (the one in which we live, or another historical or hypothetical one). If a system is thus deemed unfair, the logical implication is that it should be transformed so as to achieve a distribution of resources closer to the fairness principle. This redistribution can be considered as an act of sharing.

However, is sharing only a way of ensuring that everyone receives in proportion to their contribution? In its essence, this rule is fundamentally one of individual responsibility, in the sense that one’s fate ought to be strictly determined by one’s own individual actions. Doesn’t sharing actually mean more than that? Isn’t sharing also about our collective responsibility towards each other?

Another way of conceiving sharing is through what may be called the ‘principle of need’. It corresponds to the idea that everyone should receive according to their needs. This implies that all the universal basic necessities should be granted to everyone: food, housing, healthcare, education, clothing, transportation, internet access…. This also includes needs that are less universal and that can vary from individual to individual, either because of disabilities or life accidents that should be compensated for, or because of inclinations or special abilities that require some investment to be fully developed and realized. This principle was enshrined in Article 22 of the Universal Declaration of Human Rights of 1948: “Everyone, as a member of society, has the right to social security and is entitled to realization, through national effort and international co-operation and in accordance with the organization and resources of each State, of the economic, social and cultural rights indispensable for his dignity and the free development of his personality.”

Under this principle, what justifies individual income is the simple fact of sharing the same common humanity. This is brotherhood in practice, stemming from the awareness that humanity as a whole is responsible for the well-being of all its constituent parts. Undoubtedly, this principle of need is a higher and more perfect expression of the idea of sharing than is the principle of fair compensation.

It is interesting to note that, historically, the principle of need was formulated later than the principle of fair compensation. This probably has to do with the scarcity which humanity has lived with for ages. When production was barely enough to satisfy the most basic needs of the majority, the emphasis was necessarily on one’s individual responsibility in increasing output through hard work, and the principle of fair compensation thus seemed to be the highest possible expression of economic justice. The situation is of course quite different nowadays, thanks to the tremendous scientific, technical and organizational advances of the last two centuries. On aggregate, we now produce much more than what is required to cover the basic needs of all humanity, and the principle of need has thus become a realistic objective.

Another reason why the emphasis should today be put on needs is the ecological crisis. It is clear that, at least in affluent countries, we have to collectively rethink our consumption patterns, by drawing the line between what is really needed for purposeful living, and what is superfluous and should be discarded. This indicates a broader role for the principle of need, which not only defines a minimum level of consumption of some goods and services, but also sets a maximum on some others.

While the principles of fair compensation and of need both appear desirable, it is important to realize that there is some degree of tension between the two. The former says that there should be as faithful a connection as possible between what one gets and what one contributes, while the latter on the contrary justifies a disconnect in various cases. This means that, until most of our needs can be provided for by robots, some balance must be achieved between the two. A situation where everyone would have their needs fulfilled, but where only some would perform the socially necessary work, would be deemed as unjust and would not be politically sustainable. At our current stage of development, the desirable system is thus one in which working for the community remains the social norm and gets duly rewarded, but within the constraints of the principle of need (in both its minimum and maximum dimensions).

From theory to practice

How does our current economic system measure up to this standard? Indisputably, it blatantly violates the principle of need: hundreds of millions do not have enough food to eat, not to speak of other basic needs, while tons of objects of questionable usefulness are produced every day. The system does not even fulfill conservative interpretations of the principle of fair compensation. The heart of the intellectual endeavour of Karl Marx was precisely to show that capital owners, because of their position of power, are able to seize a value that has been produced by others. More recently, feminists have highlighted the fact that women are paid less than men for identical skills and job contents, not to speak of unpaid domestic work. In the field of international relations, the ‘dependency theory’, pioneered by economists Raúl Prebisch and Hans Singer, has shown how poor countries are subject to an unequal exchange in their trade with wealthier ones.

A significant transformation of our economic system is thus in order if we are to realize the principle of sharing. What does that this imply for our policies and institutions?

First, the principle of need must be implemented so as to become an effective reality for all human beings. Fortunately, we’re not starting from scratch: in several countries, there already exist institutions that are directly inspired by this principle. One is social security, whose precise form varies across countries, but which typically provides monetary transfers to ensure that needs remain covered in various life situations (illness, unemployment, retirement, disability, parenthood). The other one consists of public services, which provide free or cheap access to various essential services (education, transportation, infrastructure, physical safety). These schemes, which are currently under attack through austerity policies, should on the contrary be strengthened, expanded to cover more needs (food and housing being the obvious candidates) and be extended to all countries. They could also be complemented by a universal basic income. [2]

Secondly, while the principle of need should be given precedence, a balance has to be achieved with the principle of fair compensation, as indicated above. In practice this means that everyone should be given the opportunity to make a meaningful contribution to the common good, and be rewarded for doing so. This could be achieved through a job guarantee program, which would ensure that no one is left involuntarily unemployed, while at the same time channelling vast amounts of creative energy into the social life of local communities and into the restoration of our environment. [3] Another important issue relates to unpleasant or painful jobs; our collective well-being is highly dependent on such jobs, which cannot as yet be fully automatized. Today those tasks are often performed by workers for whom it is the only way to survive. But, in a world where all basic needs are satisfied and where unemployment has virtually disappeared, who will be willing to take them on? Will the satisfaction of being useful to the community be enough to offset the low wages and the hardship? A significant rethinking of the productive sphere is thus called for. Workers need to have more power and control over their work conditions. And, according to the principle of compensation based on effort or sacrifice, those ‘painful’ jobs should be rewarded much more than they currently are; maybe even more than creative and intellectual jobs, which would imply a complete reversal of the prevailing wage hierarchy. [4]

Thirdly, those principles should not only rule the relations between individuals, but also those between nations. Much remains to be accomplished in that area, since many countries are not yet able to fully cover the needs of their population. The existing official development assistance flows, though theoretically grounded in sharing principles, remain largely insufficient and ineffective in practice. A much more ambitious aid program, under the supervision of the United Nations, is urgently required. But, however necessary they may be in the short-term, such one-way assistance relationships are neither desirable nor sustainable in the long-run, because they reflect unequal power status. The goal should be for countries in the Global South to strengthen their domestic economies, and reach a measure of self-sufficiency and better terms of trade. This in particular requires a transformation of the rules of international trade and investment flows, so as to put an end to unequal exchange and predation by multinational firms. 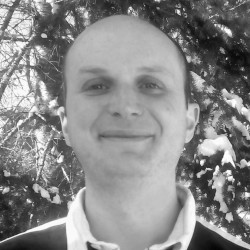